This Is Where Things Stand In The 2020 Presidential Race 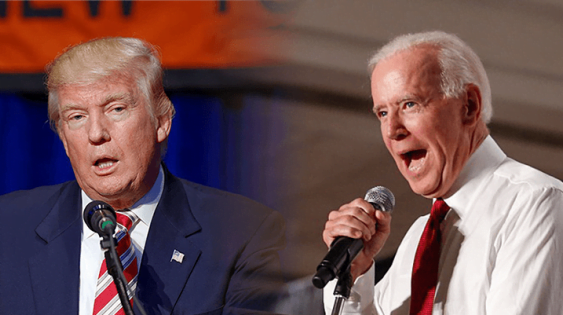 This article was originally published by Tyler Durden at ZeroHedge.

Update (1020ET): With Georgia election officials proclaiming that they expect to have a final count available by noon, President Trump has just tweeted that votes that came in after election day will not be counted, eliciting another slap on the wrist from Twitter.

Meanwhile, President Trump’s campaign is holding press briefings in Philly and Las Vegas this morning to lay out the legal strategy to try and stop any late mail-in (ie majority Democratic) votes from being counted.

As Joe Biden creeps closer to the 270 mark, President Trump and his legal team have filed a flurry of lawsuits, according to the AP.

They’re hoping to improve the president’s chances, or at the very least cast doubt on the election results, requesting a recount in Wisconsin and filing lawsuits in Pennsylvania, Michigan and Georgia. Statewide recounts in Wisconsin have historically changed the vote tally by only a few hundred votes, however, according to the AP. Wisconsin is among the states that have been called for Biden. He currently leads by 20,000 ballots out of nearly 3.3 million counted.

Still, Trump Campaign manager Bill Stepien said the president would cite “irregularities” in several counties while requesting a recount in Wisconsin. Stepien and the campaign’s legal team explained that they would file suit in Michigan and Pennsylvania to halt ballot counting on grounds that their observers weren’t given proper access to observe.

Still, other legal actions are being launched in Georgia.

As we explained yesterday, Trump is pushing to take the battle all the way to the Supreme Court, where he believes the conservative majority would give him an edge.

Anyway, here’s a rundown of where we currently stand via Newsquawk:

Where do we currently stand?

There are currently some discrepancies between various news organizations depending on whether or not they include Arizona’s 11 Electoral College votes.

If you were to include it, as per Politico, this would put Biden on 264 vs. Trump on 214 (270 EC votes are required for victory): this follows on from swing states such as Michigan and Wisconsin being called in Biden’s favor.

Given the above arithmetic, if Nevada (6 EC votes) was to be called in Biden’s favor, this would be enough to secure the presidency for the former Veep; as it stands, NYT tallies Biden at 49.3% and Trump at 48.7% with 86%.

Pennsylvania (20 EC votes): No guidance on the next update, the majority is expected to be counted by Friday. Currently Biden 48.1% vs. Trump 50.7%; 89% of votes counted.

Remember, Several states allow mailed-in votes to be accepted after Election Day as long as they were postmarked by Tuesday. That includes Pennsylvania, where ballots postmarked by Nov. 3 can be accepted if they arrive up to three days later.